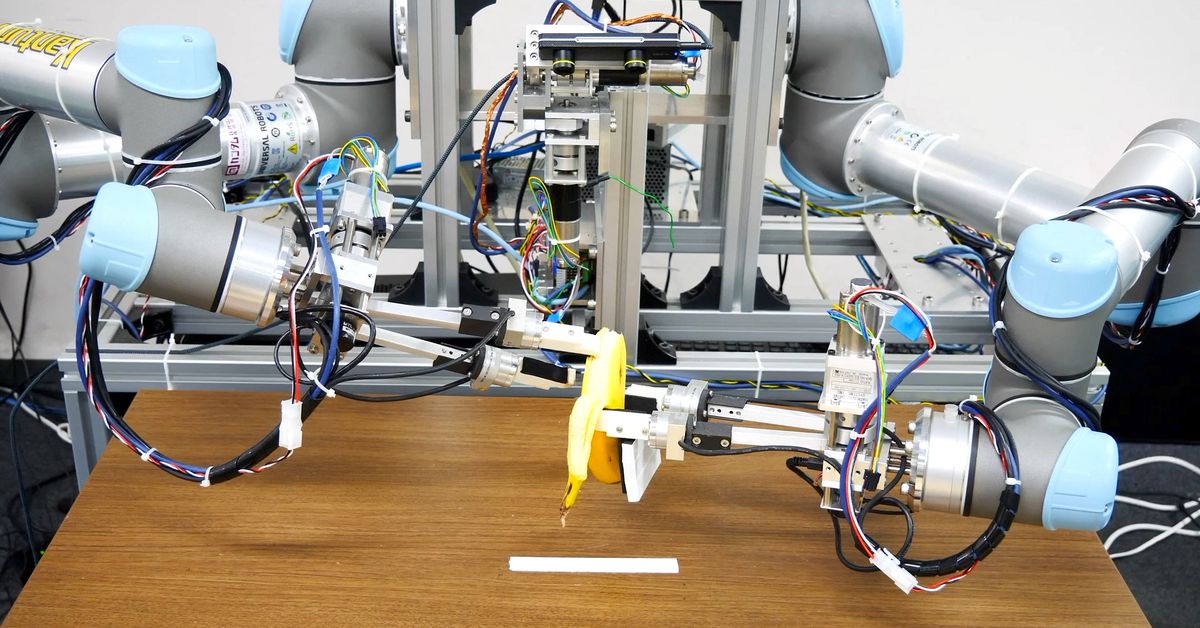 TOKYO, April 6 (Reuters) – In Japan, robots can be found in factories doing simple tasks or delivering food to restaurant customers, but researchers have now unveiled a robot that can perform the tricky task of peeling a banana without crushing the fruit inside.

While the double-armed machine is only successful 57% of the time, peeling bananas portends a future where machines undertake more subtle operations than moving metal parts or delivering coffee.

A video from researchers at the University of Tokyo showed the robot picking up and peeling a banana with two hands in about three minutes.

Researchers Heecheol Kim, Yoshiyuki Ohmura and Yasuo Kuniyoshi trained the robot using a “deep imitation learning” process where they demonstrated the action of peeling the banana hundreds of times to produce enough data for the robot to learn the actions and reproduce them.

In this case, the banana reached its success rate after more than 13 hours of training.

He hopes better-trained robots can ease labor shortage issues in Japan, for example in bento boxes or food processing factories that rely heavily on human labor.