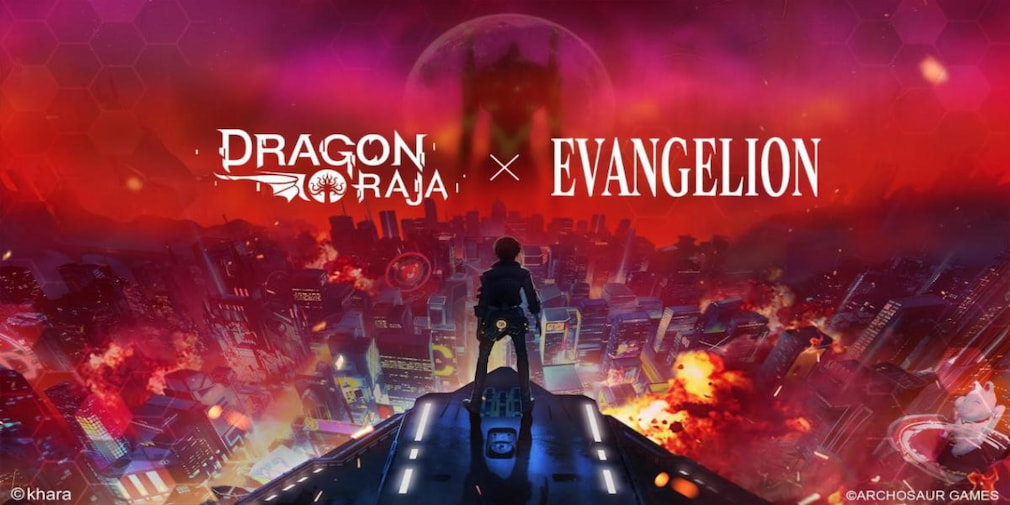 Dragon Raja, an epic MMO by Archosaur Games, has announced a partnership with popular Japanese anime series Evangelion, for a massive crossover event. While every RPG title has a crossover event these days, Evangelion’s introduction to the MMO is truly exciting news for anime lovers and Dragon Raja players alike.

Neon Genesis Evangelion is an apocalyptic psychological drama where ferocious monsters land on Earth and threaten human civilization. The main protagonist with others fights these creatures with the help of gigantic fighting machines.

Players can participate in the event to participate in secret missions and earn exclusive rewards that include the Evangelion Test Type-01 vehicle. The developer claims that this is the biggest update the game has received since release and that there will also be several smaller events in the meantime. So expect a lot of new content in the coming months.

Dragon Raja is one of the best MMORPG titles for mobile devices when it comes to graphics, storyline, and game optimization. They don’t rush things either, crossover content development has been underway since the beginning. last year.

This is not only about the crossover, but also introduces many new subplots and changes to the content of the game. The new plot will allow the player to experience more than ever before and will provide more opportunities to grind and earn many rewards. . The event will run until May 12, but exclusive items can be claimed until May 14.

Dragon Raja is now available on the App Store and Google Play. It’s a free game with in-app purchases.

Looking for more of the best RPGs to play on your phone? Here are 25 of the best available on iPhone and iPad