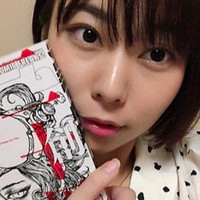 Tama Himeno, former underground idol turned writer revealed on her Twitter account yesterday that she is now married to anime and video game creator Katsuya Terada, best known as the character designer on the Blood: The Last Vampire animated film, as well as his contributions to The Legend of Zelda, A link to the past, tekken 5 and more.

Himeno said in her Twitter post that she thanked everyone who always supported her and that the couple will pursue their creative passions while entwining their new lives to the fullest.

Himeno, 29, was previously a member of Boku to George and Hime to Mahou, and currently performs alongside Friendly Spoon. Himeno is also a prolific writer, publishing books about her time as an underground idol.

RELATED: Maaya Sakamoto announces her first pregnancy and her maternity break from dubbing

Katsuya Terada is best known as a character designer on the Blood: The Last Vampire animated film, as well as working on series such as space dandy and Children of the Silk Road, as well as creating designs for Cute Honey and TERRAFORMARS live action movies and creature designs in the Kamen Rider F series and spin-offs. The 58-year-old has also worked in American comics, with credits alongside Iron Man and Hellboyas well as Nintendo Power numbers.

Daryl Harding is Japan correspondent for Crunchyroll News. He also runs a YouTube channel about Japan called TheDoctorDazzatweet at @DoctorDazzaand publishes photos of his travels on instagram.