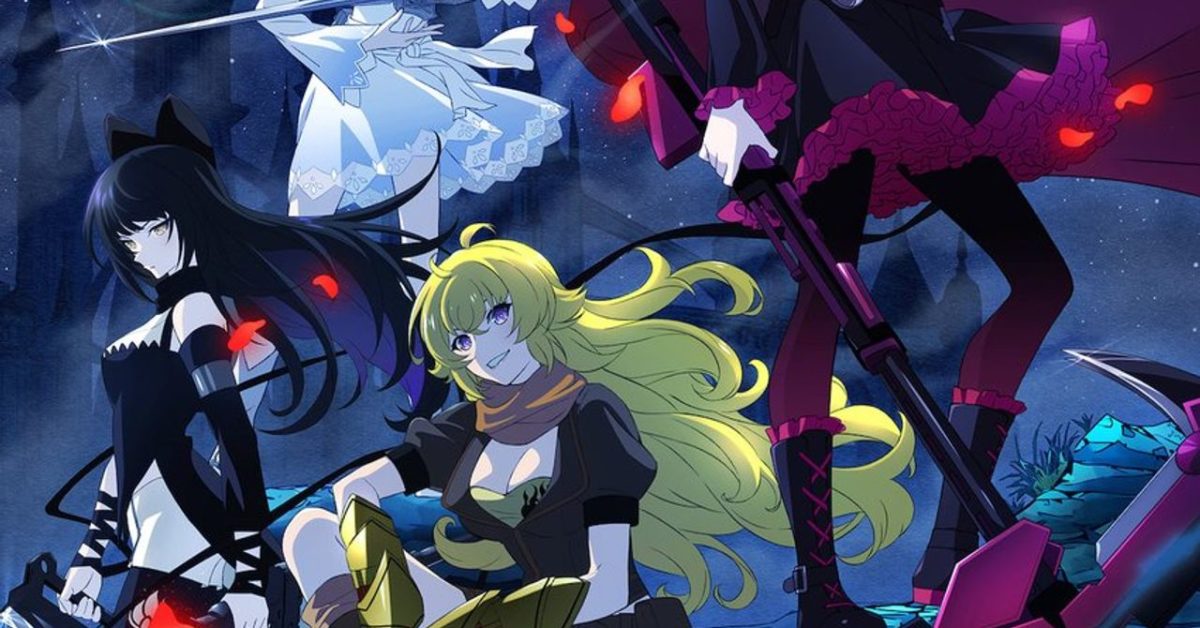 RWBY, the American CGI that became the most popular anime-inspired series in the world has now inspired a Japanese anime. BANDAI NAMCO Arts, Good Smile Company and Rooster Teeth today announced RWBY: Ice Queendoma Japanese anime inspired by the worldwide hit anime series by Rooster Teeth. RWBY: Ice Queendom will premiere on Japanese television, with subtitled and dubbed versions available the same day for US audiences on Crunchyroll and Rooster Teeth first. New episodes will be released weekly. The official trailer is now available to show how the original story will be told in Japanese anime style instead of a pastiche or homage.

RWBY: Ice Queendom presents a new RWBY story in beautiful 2D anime visuals. RWBY imagines a world filled with horrific monsters bent on death and destruction, and humanity’s only hope depends on mighty hunters and huntresses. Ruby Rose, Weiss Schnee, Blake Belladonna, and Yang Xiao Long are four such huntresses-in-training whose journeys will take them far beyond the grounds of their school, Beacon Academy. While each may be powerful on their own, these four girls must defeat the dark forces and work as a team if they truly hope to become Remnant’s next generation of protectors.

RWBY: Ice Queendom will establish the world of RWBY before taking viewers on an all-new adventure that RWBY fans have never seen. Created by the late director Monty Oum (Red vs Blue), RWBY is one of Rooster Teeth’s most loved, viewed and shared series. As the first Western-produced anime series to be distributed in Japan, RWBY episodes have racked up over 300 million views since the series premiered in 2013. RWBY has a global audience and has been licensed to create video games, comics, manga, young adult novels, collectible figures, and more.

“It’s hard to say how honored and thrilled we are to see the show we’ve imagined in the world inspire Japanese anime,” said RWBYthe showrunner of , Kerry Shaw Cross. “I’ve been an anime fan my whole life, so seeing RWBY in this new medium is surreal. I can’t wait for fans to see this show, I think it’s going to blow them away.”