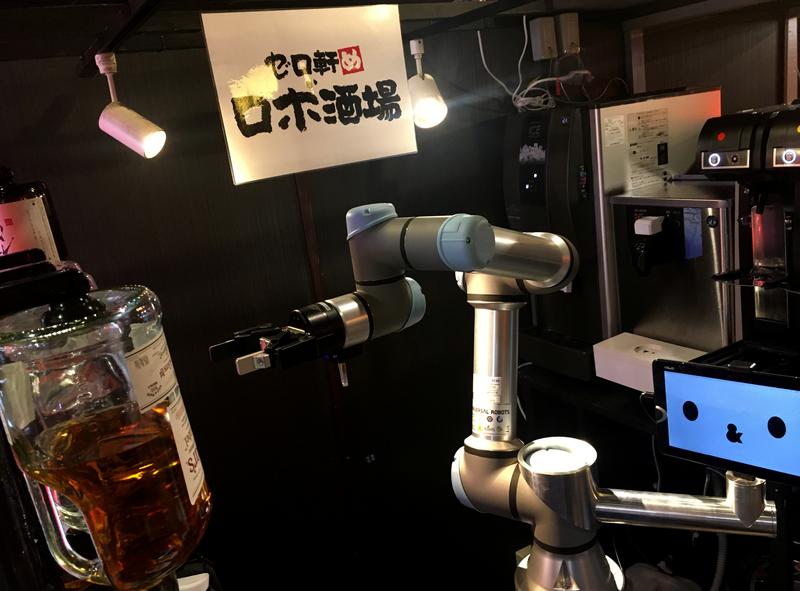 TOKYO (Reuters) – Japan’s first robot bartender has started serving drinks at a Tokyo pub as part of a test that could usher in a wave of automation at restaurants and stores struggling to hire staff in an aging society.

The reused industrial robot serves drinks in its own corner of a Japanese pub operated by the Yoronotaki restaurant chain. The face of a smart tablet smiles as it discusses the weather while preparing orders.

The robot, manufactured by the QBIT Robotics company, can pour a beer in 40 seconds and prepare a cocktail in a minute. It uses four cameras to monitor customers to analyze their expressions with artificial intelligence (AI) software.

“I like it because dealing with people can be a problem. With that, you can just come and get drunk, ”said Satoshi Harada, a restaurant worker after ordering a drink.

“If they could do it a little faster, it would be even better.”

Finding workers, especially in the service sector in Japan, will become even more difficult.

The government has eased visa restrictions to attract more foreign workers, but businesses still face a labor shortage as the population shrinks and the number of people over 65 grows to more. a third of the total.

Service companies that cannot go overseas or take advantage of automation are more vulnerable than industrial companies. In healthcare alone, Japan expects a deficit of 380,000 workers by 2025.

Japan is keen to use the Tokyo 2020 Olympics, which begins on July 27, to showcase service robot technology, with organizers planning to use robots built by Toyota Motor and Panasonic Corp to help visitors, workers and athletes.

The pub robot bartender trial, which employs around 30 people, will last two months, after which Yoronotaki will evaluate the results.

“We hope this is a solution,” said Yoshio Momiya, a manager at Yoronotaki, as the robot bartender served drinks behind him.

“There are still a number of issues to be resolved, such as finding enough space for this, but hopefully this will be something we can use.”

At around 9 million yen ($ 82,000), the robot costs as much as employing a human bartender for three years.