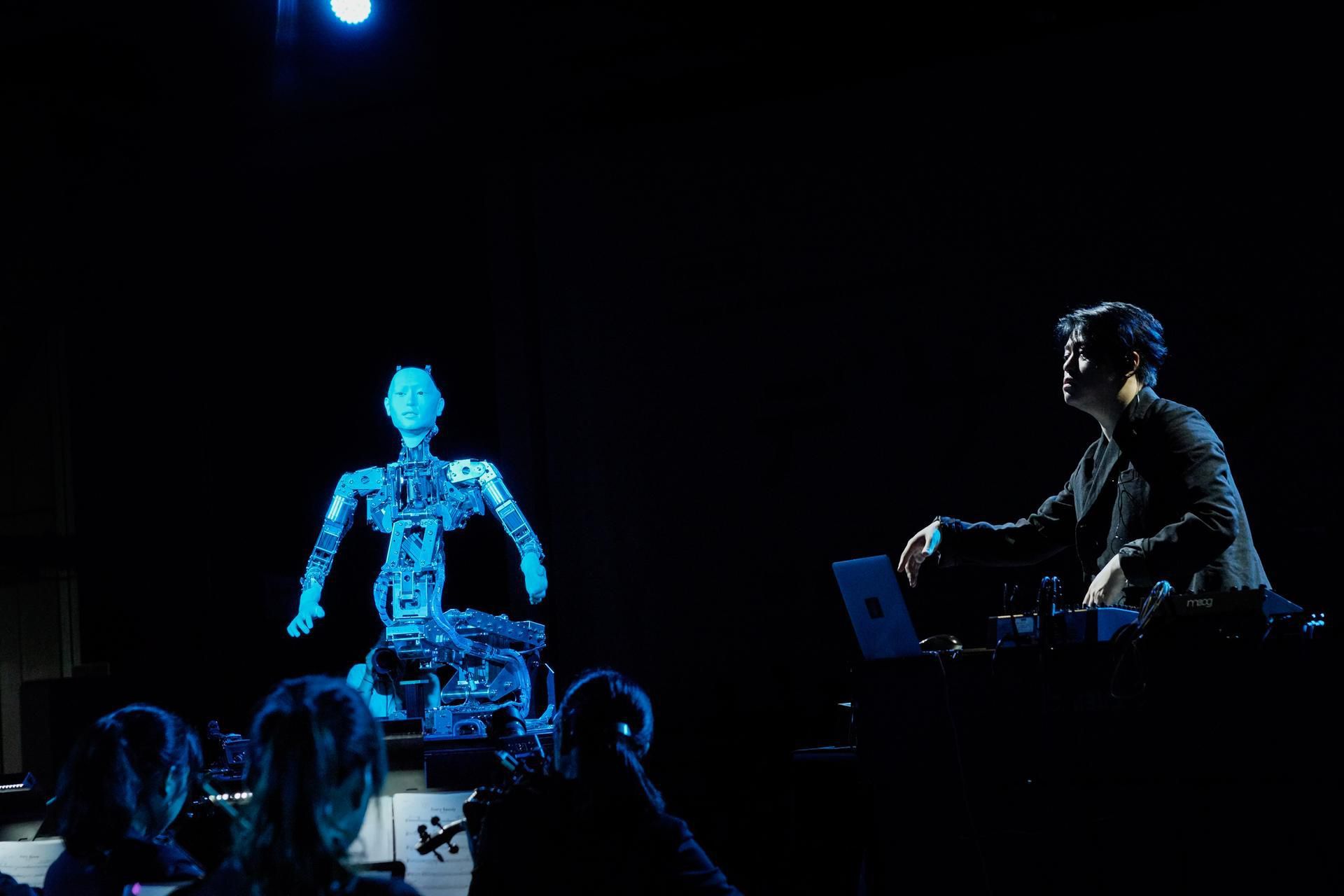 Humanoid robot with artificial intelligence (AI) will lead human orchestra in lyrical performance Scary beauty, which is scheduled to have its Middle East premiere on Friday, Jan.31.

Conceived by composer Keiichiro Shibuya, the piece examines the relationship between humans and technology and considers our growing reliance on our own technological inventions. Shibuya composed Scary beautyand developed his lyrics from literary texts, including those of William S Burroughs and Michel Houellebecq.

During the performance, the android – named Alter 3 – will decide the tempo, volume and sung expression of the piece. Alter 3 will also add its electro-vocals to the mix, singing alongside the musicians. With a mechanical body and a human face and hands, watching the moving android is rather odd and comes out of a sci-fi movie as it conducts the orchestra with machine movements combined with facial expressions.

A first version of the play was produced for the first time in 2017 by an android prototype. In 2018, Alter 2 made its world premiere in Tokyo at an artificial life conference. Robot science Hiroshi Ishiguro, who teaches at Osaka University, created Alter 2, which runs on an AI program by Takashi Ikegami at the University of Tokyo. For the latest iteration of Android, Shibuya worked with Warner Music Japan and mixi, Inc to add software developments to Alter 3.

Scary beauty is part of the Sharjah exhibition of the Sharjah Art Foundation on the theme Inter-Resonance: Inter-Organics Japanese Performance and Sound Art. Now in its second year, Sharjapan shines a light on artistic performances and sound installations from Japan that examine the interactions between nature, technology and human life.

Other performances in Sharjapan’s program include Focus on location, an improvised dance presentation by Min Tanaka, who will react and rely on his movements according to his environment. It will take place on Thursday and Friday January 30 and 31. Rhythm of Nature: Heartbeats of Japan on Friday January 24, Eitetsu Hayashi will demonstrate his innovative percussion technique on traditional Japanese Taiko drums.

The performances are free and open to the public. Details on sharjahart.org