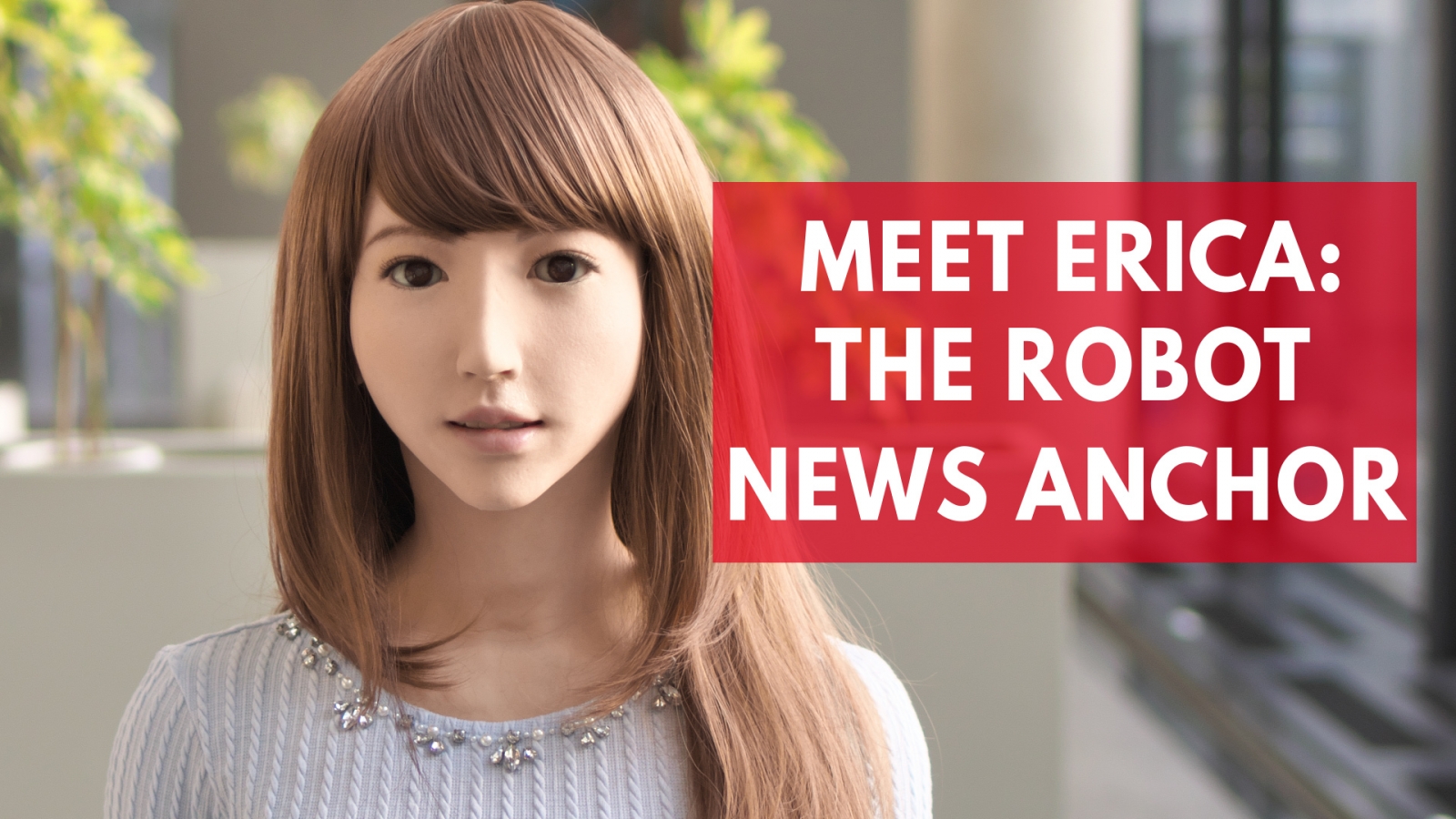 Meet Erica, the eerily human Japanese robot who will soon be a TV news anchor

We all know Sophia, the world’s first robotic citizen, who recently appeared on the cover of a fashion magazine, causing a social media frenzy. The bot has a knack for giving witty answers, but now it has competition – Erica, the bot who will soon be a news anchor.

Equipped with one of the most advanced artificial speech systems, Erica will appear on TV reading the news. The android looks like a 23-year-old Japanese man and has eerily lifelike facial features, so lifelike that at first glance, many might not know if he’s a machine or a real woman.

The robot, reports the Wall Street Journal, was selected to replace a news anchor in April.

However, instead of selecting stories and reading them afterwards, Erica will only use her artificial intelligence to read news articles crafted by human curators, reports the Daily Mail.

Unlike Sophia, Erica cannot move her arms but can easily interact with others like a real person. The humanoid can follow the movements of others in a room and even determine where a sound is coming from and whether it’s a question to answer, all thanks to facial recognition capabilities and a range of built-in sensors.

Aside from the month she joined, not much has been revealed about Erica’s new job, not even the organization in which she would work. However, his voice will be included in autonomous vehicles made by a Japanese automaker, according to the WSJ.

Robot creator Hiroshi Ishiguro, who worked on setting up the robot as a news anchor, previously told The Guardian that the machine has a “soul” and may even have an independent consciousness in the future. Even Erica had pointed out that socially it looked like a person and most of the time people took care of it like it was a real human being.

The announcement of a humanoid joining the ranks of a news anchor comes as humanity continues to fear the rise of robots or machines taking the place of humans in various fields through automation and capabilities improved. We’ve seen how robots can perform delicate surgeries, deliver food, and do heavy lifting, which many experts say can lead to job losses.

Erica, the Japanese robot is realistic, while the Americans Kuri and Jibo have the impression of coming out of a cartoon