The robots that have hit the headlines in recent years can be classified into three categories:

Creepy AI trying to look like self-contained, working factory robots, and my favorite of the bunch, Boston Dynamics’ “dogs” rushing around in a way that was a little too forceful for my liking.

If you need a workable example of the last one, go here to watch them flock of sheep.

Then there’s the giant robot Gundam in Japan, which looks like something from an episode of Power Rangers.

According to the Guardian, it is just over 18 meters tall and weighs 25 tons.

Although the Power rangers the aesthetic resemblance is there, it was actually modeled after an anime called Mobile Suit Gundam.

Take the opening theme to get an idea of ​​what we’re dealing with here:

In other words, it was a passionate project, not an attempt to replace humanity with something terrifying, which makes it truly charming.

This week he was put to the test for the first time at his new residence in the port city of Yokohama.

Watch him take his first steps:

Here is the full motion test that shows he takes a step before taking a knee:

Very cool. Me, seven, who wanted nothing more in the world than a giant robot, I’m really happy right now.

The robot was supposed to be proudly displayed as the centerpiece of the Gundam factory in Yokohama, south of Tokyo, from October 1, but COVID-19 has stood in the way of those plans.

“This decision was made to ensure the health and safety of our fans and employees in response to the global spread of Covid-19,” he said in a statement.

“We apologize to all of our fans who have been eagerly awaiting our grand opening and ask for your understanding. In the meantime, we will be preparing ourselves so that all of our visitors can have a safe fun.”

I can’t wait to see the next phase of the project. 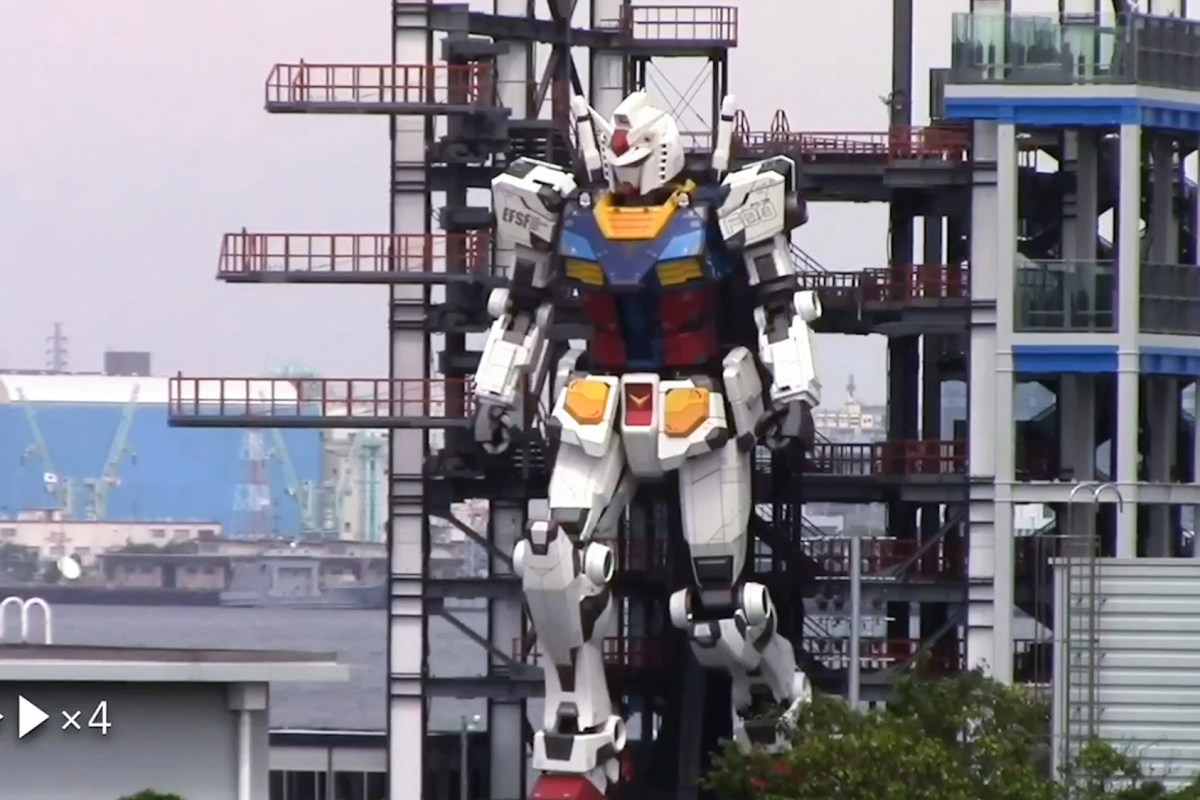 60ft giant Japanese robot can now move on its own